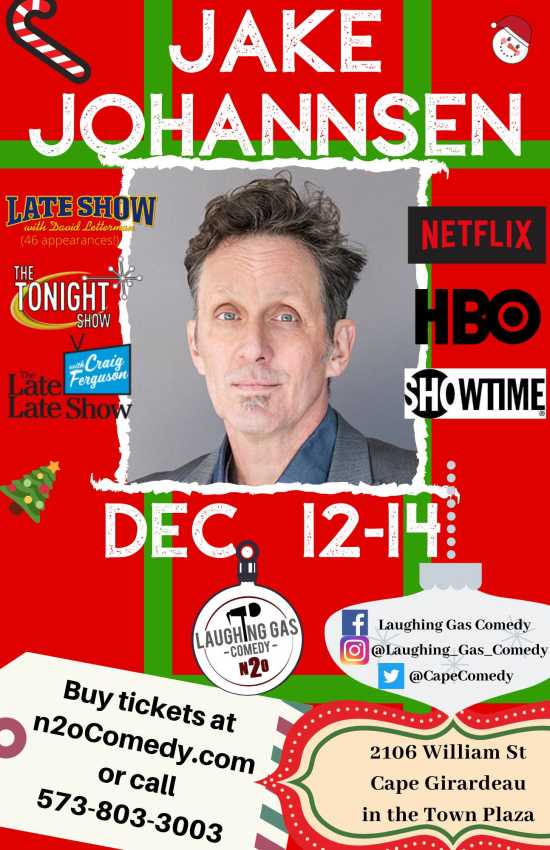 Jake has appeared on “The Late Show with David Letterman" 45 times. He has appeared in the “HBO Young Comedian’s Special” and PBS’s “Comedy Tonight” series, and was the host of Comedy Central’s series, “Two Drink Minimum”. He has also been nominated as “Best Male Stand-Up Comedian” for the American Comedy Awards.

Buy tickets in advance at: n2ocomedy.com