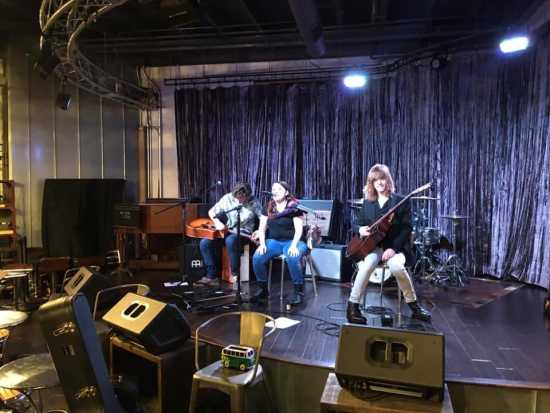 "Gentry Blue is a psychedelic hard rock band formed in Nashville, Tennessee in late 2018, composed of Lydia Gentry on vocals and electric violin, Travis Fairley on guitar, Jo Jeffries on bass, and Brendan DeBonis on drums. Best described as Rush and Janis Joplin meet Lindsey Stirling, Gentry Blue is prepared to blow their audience away with their raw sound and take no prisoners. Their debut single, "Downfall", was released on October 18, 2019, and are going into the studios to record their debut EP."